Video: The Go-to for Lead Conversion on Your Dealership Websites! 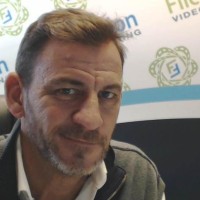 We have known for years that video was, and still is, the medium of choice to convey our stories. A song that was written almost 40 years ago in 1977 –the one MTV used when launching their ground-breaking cable channel on Aug 1st 1981, was “Video Killed the Radio Star.” With our technological advances, video is crushing the previously held conversion statistics that traditional media, static lead forms, and pictures have been posting. Conversion statistics for dealers are rapidly increasing because they are now able to get the right message in front of the right shopper at the right time.

“Forrester research, Dr. James McQuivey, estimates that one minute of video is equal to 1.8 million words.”

Video packs the most punch in the shortest amount of time, and with least amount of effort by the shopper. In fact, Forrester research, Dr. James McQuivey, estimates that one minute of video is equal to 1.8 million words.

As a dealer, you spend thousands (if not tens of thousands) of dollars on driving traffic to your site — specifically, your VDP. With the VDP being the best advertisement of your vehicle, it totally makes sense to leverage video.

Often times you have one shot at coercing online shoppers that land on your VDP. Whether it’s through a 3rd party advertiser, a pay per click campaign or an organic search, ultimately they are one “back button” click away from leaving. Now what? What is on your VDP at that moment?

You have spent so many dollars on getting them there and yet you are still messing around with relying on the shopper to read and click through pictures. Perhaps you’re attempting to rely on the price to engage them?

How much does that strategy cost you? Video of your inventory is a must. There is no better way to garner mental ownership than with a video. Because video is something that virtually puts consumers on your lot, it will also put them behind the wheel.

Getting the right message across.

We know that the shopper is interested in what you have to offer if they are on your VDP. Are you going to rely on the shopper to peruse the rest of your site to decide if they trust your dealership? Why even take that chance? A value proposition video or better yet, a testimonial video, is a great way to gain consumer trust. These are the videos that deliver the messages that build trust as to “why buy” from you.

Getting in front of the right shopper.

So, you have the vehicle they are searching for, and you’ve managed to establish a connection and trust. Now what? For starters, ask yourself this: “what do you know about your customer?” What calls-to-action on your VDP are going to lead them to your dealership? Better yet, what calls-to-action simply lead consumers to a form that collects a name, e-mail and phone number?

I’m certain that most of you would agree that these CTA’s are a great return on investment. But what if you knew how soon they were going to buy? Where were they positioned with their trade-in?

This is where you have the ability to get targeted messages in front of the right shopper. An example would be If you had a video explaining the trade-in process. This video could be presented when they are evaluating their vehicle on your trade-in tool.

This video would help subside the fears of your shopper along with setting clear expectations once they arrive at your dealership — garnering a smoother and more profitable transaction.

Given the technology you have at your disposal, the possibilities at your dealership are nearly endless. Those dealers that are already utilizing a video strategy are reaping the rewards. Those dealers have realized what today’s shoppers are more inclined to engage with your dealership on a deeper level when they have a better understanding of what you have to offer.

It’s easier to explain these things through something as magnificent as video. Now, the difference between having video and using video is the strategy. As Glenn Muller of Muller Auto Group said it the best “I want to use video to get them to buy MY Kia Rio — not just buy any Kia Rio!”