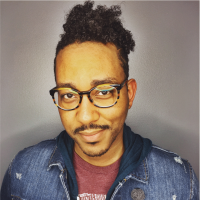 We all know how increasingly important social media has become for businesses big and small. These platforms give everyone the opportunity to easily share whatever they want with those who are listening to them. Nowadays, it’s become standard protocol for almost every business to get onto Facebook to interact with their customers. While Facebook does enable businesses to interact and engage with their customers and within their industries, it’s not for every registered business. Just because it’s popular doesn’t mean it should be the primary place to engage with your customers.

This is fairly simple: talk with your customers, find out where their digital stomping grounds are, and ask them where they like to be engaged on social media. You’re more than likely going to have some face-to-face time with your customers, right? This is the best moment to just ask them what they’re doing online. This doesn’t have to be complicated, and you don’t need waste time with a bunch of behind-the-scenes research. It can even be as simple as sending out an email to your customer base with a poll on the different social media platforms they access and engage on the most. If your customer demographic isn’t going to be the type to engage on Facebook, don’t waste your time trying to build a Facebook page; you won’t get anywhere. In fact, you’ll want to first understand whether or not they even access Facebook. If there’s an overwhelming “no,” then your best bet is to steer clear of wasting time and energy on the platform.

You may find that your customers aren’t on Facebook—or, at least, they’re not interested in engaging with you or any other businesses on the platform—and that’s okay. The interactions most worthwhile may end up being on an advertising basis. Consider how you can use Facebook to reach customers while they’re engaging with their friends and family. Advertisements are great, but only if they’re going to bring in some business and produce a decent ROI. Some companies may need to shy away from putting their efforts into the Facebook realm and direct their marketing elsewhere. Sure, as a business you want to be able to maintain a certain personable presence among your customers, and it’s easy to just hop onto the Facebook bandwagon, eager to start conversations with your audience, but if your audience isn’t going to talk back—or worse, they aren’t even on Facebook—then you don’t want to risk looking like fools without friends.

Facebook can serve as a powerful ally for businesses, but if there isn’t regular upkeep and constant back-and-forth between both business and consumer, than you run the risk of giving off the appearance of a poorly-maintained company. And this is when having a Facebook may be the wrong move for your company.