Cohesive Marketing Campaigns: Don’t be the Michael Bay of Marketing 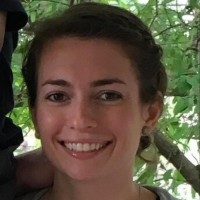 Don’t be the Michael Bay of Marketing, read these reasons why it’s important to have cohesive marketing campaigns.

COHESIVE MARKETING CAMPAIGNS: DON’T BE THE MICHAEL BAY OF MARKETING

I grew up in the 80s and fell in love with the Teenage Mutant Ninja Turtles. I had all the action figures, watched all the shows and movies and read the comics. I watched them slowly evolve to be fun loving dudes that couldn’t get enough pizza but it made sense and was frequent enough that it seemed linear. So, I’m sure you can imagine my initial anger upon hearing Michael Bay was remaking Ninja Turtles.

Michael Bay has an infamous reputation for taking things that people love, adding some explosions and exciting action scenes, making millions and then moving on to the next project. For instance, here is an example of what “Up” would have looked like had he directed it.

You see what I mean? Awful. Any ways, what does this have to do with cohesive marketing? It is jarring and nonsensical to suddenly see a new ninja turtles movie (with giant, behemoth turtles) directed by Michael Bay in 2014. Similarly, it can be disruptive (instead of inclusive) to post content that doesn’t match the rest of your branding and advertising campaigns.

What is Cohesive Marketing?

A cohesive marketing campaign is one that links different media platforms with a single strategy. Often, business think of this in terms of tactics, but there is a difference between a marketing tactic and a marketing strategy.

Using tactics with no backing strategy creates a feeling of shameless self-promotioninstead of one of trying to help and contribute to the online community. Before posting, make sure you think about what your strategy is and why you are publishing something.

Why are you posting up a piece of content or an advertisement? Many companies seem to post things constantly on social and digital media because they think they need to generate content. The problem is that they don’t think about why they are generating that piece.

There needs to be a lot of thought behind anything that is produced with the intention of representing your business. Why do you use the colors you use? What is the message? Does that fit in with the persona of the business and your current marketing objectives and campaigns? Ensuring that you have thoroughly thought out why you are creating something will help you make all marketing efforts more cohesive.

What Do You Get for Presenting a Consistent Message?

By providing a consistent message to consumers using recognizable elements across various platforms, you give them a glimpse into what your brand is all about. Rather than having to piece together disparate pieces of randomly executed tactics just to get the idea behind your marketing, which consumers won’t do, you are showing them that you care about how they see your brand by presenting it in a consistent manner wherever they see it.

Instead of jumping on the bandwagon and trying to produce the next big blockbuster, using whatever new marketing tactic is hot at the moment, stop to think. Think about why you are doing it. Think about what it says about your brand. Most importantly, think about how the consumer will perceive it and if it fits in with your overall marketing strategy. That’s how you have success at the “box office” of business in the long term.