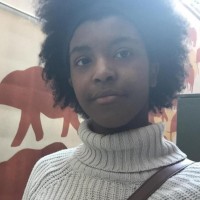 On July 19th, Alena Finnell began her very first internship at PERQ. Alena worked closely with PERQ’s Marketing Department and learned a TON about the world of marketing. In her first post, Alena describes her very first week as a Marketing intern at PERQ.

One of the scariest things in life is trying new things. So as a high school student with no prior job experience, going into an internship was a pretty daunting endeavor. I was nervous about being in an unknown environment and in a field where I was not the most well versed. But all those thoughts are now casted away because my first week at PERQ was better than anything I could have wished for.

With just the work I completed during my first week at PERQ, I learned invaluable skills that will help me when I enter the work field — whether or not I decide to go into marketing.

Because I had no real work experience beforehand, the most important thing I learned my first week at PERQ was what it takes to run an office. It was enlightening to be able to sit in on staff meetings and see how teams of people work together (and individually) in order to reach the company’s end goals.

I also learned great skills such as being able to work with Excel. Working at PERQ has given me to the opportunity to increase my knowledge in areas and applications that I probably wouldn’t even begin to work in for another couple of years. PERQ has really opened my eyes to the world of marketing and sparked an interest in a field I had never considered working in.

PERQ is an incredibly open place where, even as an intern, you feel like you belong. In addition to taking me under their wing, they’ve been so nice and accepting. The PERQ employees are the key to why my internship has been so amazing. So as my first week at PERQ ends, I can’t help but be incredibly excited for my second.