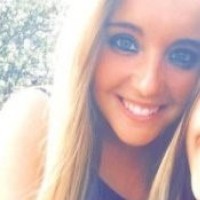 Hello! My name is Audrey Moistner and I was recently hired as the Marketing Coordinator at PERQ, a role that will allow me to delve into many different aspects of Marketing and work closely with several different segments of the PERQ team. I began my journey with PERQ on May 15 2017, and have already learned so much in the short amount of time I’ve been working here!

As I sat at my still-somewhat-bare cubicle on the Friday of my very first week at PERQ, I contemplated what I would include in my “My First Week at PERQ” blog, a right-of-passage article that most new employees are asked to complete after experiencing their first week in the PERQ office. I initially found this somewhat challenging, because how could I possibly put into words all that I had learned, felt, and experienced in these past five days?

The week had been one colossal mix of emotions- mostly excitement and optimism, but also some nerves that would naturally come along with  starting my first job and having graduated college just one week prior.

I quickly found, however, that these nerves came and went almost as fast as college did, because I was fortunate enough to start my career at a company as welcoming, engaging, and unique as PERQ.

I spent the majority of this week learning. Learning about PERQ and its products and services, about the marketing team, and meeting with each team member individually to learn the details of their exact role and how my position will work with each individual.

Learning about my specific position;  I feel as if I’ve already learned so much about but still know so little. Do you know how much detail, discussion, time, and effort is put into creating a seemingly simple advertising mailer? Trust me, you don’t!

But while I feel as though after an entire week I’ve barely dipped my toes into the exact details of my position and what each day will look for me, I do not find myself overwhelmed or scared in the slightest, but rather confident and eager to continue learning and to grow in this position and with this company.

I truly believe that these feelings of excitement and empowerment come from what is perhaps the most invaluable aspect I’ve learned in the last five days, and that is what it feels like to work at an company like PERQ- a unique, multifaceted organization that prides itself on its culture and unparalleled atmosphere.

I knew before starting this job that PERQ was a unique company! I know what you’re thinking, what kind of recently graduated college student wouldn’t be thrilled to work at a company where the only two rules I’ve heard so far are no wearing hats and a two-drink limit at the bar?

I firmly believe that any company can throw some ping pong tables in their break room and add some colorful decorations to the wall in attempt to attract employees and be able to claim a fun environment.

In a blog post discussing the company’s culture, PERQ CEO Andy Medley wrote, “if you’re hiring like-minded individuals who are all pointed toward the same goal, they will usually create ‘fun’ along the way.”

I knew early in my interview process that PERQ places a heavy importance on hiring people who will be compatible with the team and align with company values. This was evident to me during my second interview when Director of Marketing Muhammad Yasin took me out of the conference room and sat me down one-on-one with him on the colorful comfy couches – an interview setting somewhat intimidating because of its atypical informality.

Muhammad explained in detail my potential future role and asked, more than once, “does this sound like a position you really WANT?” I could tell immediately how heavily PERQ values hiring enthusiastic people who truly desire to have their position here at the company. Never before had an interviewer been so adamant in making sure that I truly wanted a position.

By ensuring that each newly hired employee is placed at a role that they genuinely desire and are eager about, PERQ has created an environment packed with people doing their jobs at a place that doesn’t feel like you’re doing a job at all.

This highly unique harmonious atmosphere became even more evident to me during my first week, when each day countless new faces would stop by my desk, grab me in the kitchen, or even send an email my way just to introduce themselves and ask how my first week was going.

PERQ has created an environment packed with people doing their jobs at a place that doesn’t feel like you’re doing a job at all.

To sum up my first week at PERQ, I can confidently say that it is not the scooter races or Nerf gun wars that I look forward to most in my upcoming time at PERQ, nor is it the bar, mid-office basketball games or ping-pong wars that give the company its “fun” reputation. Rather, what I look forward to most, and what makes PERQ one-of-a-kind, is the congenial atmosphere filled with people whose values align directly with mine and those of the company. This atmosphere is so powerful it leaves brand new employees feeling ecstatic and empowered after just one week of working at PERQ!