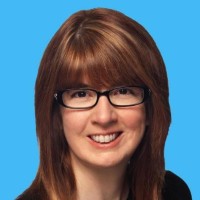 In your search for the best car selling tips, it always pays to listen to what prospective consumers have to say. That’s why PERQ invited Jenny Henderson, an Indianapolis area resident, to write about her recent experience purchasing a vehicle. Jenny said there were several reasons why she decided to go with one dealership over the others, and offers sound car selling tips to dealerships:

I didn’t want to buy a car last year. I enjoyed my life of no car payments and cheap insurance. But my beloved Honda Civic — which I had bought new 15 years before — needed major work. Fixing it would cost more money than I had, and more than the car was worth.

So a few days before the end of 2016, I decided to buy a car. I wanted to move quickly, so I could perhaps get some kind of sweet year-end deal. I figured I’d have no problem finding all the attributes I wanted:

After about 24 hours of hardcore research and sifting through the online inventory of the numerous car lots that encircle Indianapolis, I found exactly five cars at four dealerships that were acceptable. Although none of them had all the qualities I wanted, I decided to schedule some test drives anyway.

Car Selling Tips Based On My Observations

Here’s what I learned during my car-shopping adventure:

Here’s how the day unfolded:”

On the way to Dealership 2 for my test drive, Dealership 1 called me. I believe the caller said he was the sales manager. I told him that the car I’d inquired about was too expensive for me — and he laughed loudly. Strike two for you, Dealership 1.

He explained to me that the car was reasonably priced, and I said, “Let me rephrase — the car is more than I’m willing to spend.” I told him I’d call him back later if I had reconsidered. I had no intention of calling him back.

When I arrived at Dealership 2, I walked in the front door to no greeting whatsoever. I stood around, wondering where I was supposed to go, when a terse man came out of his office — this was the person who arranged the test drive. I ended up loving the first out-of-my-price-range car and not loving the second. I told him I’d follow up after my next test drive.

At Dealership 3, the customer service was exemplary. I really wanted to buy the boring sedan, just based on how nice the salesman was. But it wasn’t the car for me.

I decided to go home and mull over my options, and maybe see if any other cars had hit the market since my last search. I called Dealership 2 and asked if he’d be willing to come down on the price of the car that I loved. He was, at best, brusque. He told me I would not find a similar car within 100 miles at a lower price (he ended up being wrong about that). He said he’d check with the sales manager about the price and call me back.

He called me back and said, no, the price was not negotiable. I said, “OK. Thanks anyway.” But after the call, he texted me a photo of a list of similarly priced cars within 100 miles, highlighting the one he was selling — as if I needed to see an image to understand what he was saying. Thanks for insulting my intelligence, pal.

Finally, I lucked out. I found a promising car at a fourth dealership, just a teensy bit over what I wanted to pay — and it had been listed just moments before. I emailed the dealership and got an immediate call from a friendly salesman. I headed out the door for my test drive.

When I arrived at the dealership, a receptionist greeted me right away and offered me a bottle of water. I drove the car – loved it – and offered to pay $500 less than the asking price. The salesman took exactly 30 seconds to confirm the deal. And by the end of the day, I was driving home in my new ride (which, by the way, was the same make and model as the car I loved at Dealership 2).

Dealerships 2 and 3 sent me the exact same, “Thanks for coming in blah-blah-blah,” form-letter email. Dealership 2 had the audacity to point out some other cars I might be interested that were even more expensive than the one I wanted!

I never heard from Dealership 1 again.

And Dealership 4 sent me a hand-written thank-you note. When it comes time to buy another car, I know where I’ll be going.

Reflecting on my experience, I’d say that my interaction with the dealership itself was the most important part of the decision-making process. While the website wasn’t something I personally focused on, the customer service at your dealership can have an impact on your marketing efforts online too.

Your website is important for getting quality leads, but without good customer service skills, your sales team may be unable to turn those leads into buyers.