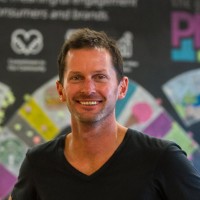 One of my favorite quotes comes from Mike Tyson who said, ‘Everybody has a plan until they get punched in the mouth!’  For me, the strategy is the plan, and the complexities that come with growth are the punches.  And yes, you get punched a LOT!

We are 20 months into the SaaS world.  We have been fortunate and in the throws of growth.  Craziness is only getting crazier having closed over 400 customers and increased the staff from 65 to over 100 during that time.

I truly appreciate being lucky enough to make it to growth again after the recession crushed past growth.  The first time going through this was from 2001-2007.  I didn’t have the benefit of hindsight and what it teaches.

While it was quickly apparent that seemingly every process was constantly breaking as we grew, each iteration that followed was much less gut.  Less of a hope that it’s what we should be doing.  And there is one simple reason for that – DATA!

Gut is king during V1 or MVP,  sprinkled in with some best practices from your favorite thought leaders and discussions with people you know who have been there, done that.  In V1, the data is sparse, incomplete, and certainly not a deep enough data set to be considered ‘trending.’

Beyond limited data, there aren’t a lot of places that are usually staples for triggering deeper dives and feedback.  These include the ongoing win/loss analysis, diving in deep when you lose customers, or hearing about a breakdown in communication among the team and figuring out why.  The process is basically ‘get the shit done’ and make sure we learn and capture data along the way.  The goals and corresponding metrics are best guesses. Everyone on the team knows this.

As each day passes, you quickly hone in on some form of repeatability, but doing so using a data set that is less than ‘established.’  You make do and keep trekking.  The process itself is as shallow as the data you use and really only built for a small team.  And if you’re lucky, like we have been, it works and the team starts scaling and continues.  But then, what was a team of 4 becomes a team of 7, then 12, then 15.

And sure, you’re iterating all along the way, but with patches.  Quick fixes to make sure you continue to move and cover in that process. Why?  Because resources are out fixing another broken process. Priorities!!

But, with a growing customer base, comes more hiring, and with more hiring and more customers, comes increasing complexity.  Complexity breeds confusion, and with confusion, comes panic!  And panic my friends, sits right at the front step of death’s door. Nobody wants to open that door!

For me, there are three easy warning signs that the current process has worn out its welcome.

Usually V2 comes at different times in different departments. It’s a little easier when these breaks are spread out among departments rather than happening all at once!  If you are looking, you can predict the order of the breaks and therefore have the ability to stay ahead…kind of.

“Kind of” from the standpoint that you know it is going to break, you are doing research ahead of time on how Client Success teams scale, how to build a data team to get best practices percolating in your head, or how to measure the success of early marketing teams.  In other words, as my partner Scott likes to say, ‘digging your well before you’re thirsty.’

However, these best practices are usually generalizations.  The beauty, and therefore complexity, comes in the subtleties that connect these ideas to your business and culture.  In other words, how you apply them.

What’s cool is the next iterations of your process/business model can be executed more for the ‘long term.’  The science to back the vision is there.  The longer term now has less assumptions. Some assumptions are still inherent as always, but your confidence level and data set now outweigh the need for too many ‘gut calls.’

V2 is still a crazy, volatile stage.  Risky as hell with all the ups and downs coming weekly, daily, and sometimes on the hour.  But, it’s also tons of fun because you are now big enough to have more leaders, more talent, and more experience to attack that wasn’t possible in V1.

And, all with the reality that a V3 can happen at any moment…if you’re lucky!