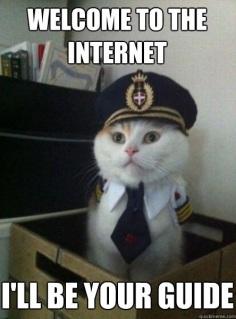 Our weekly roundups of the important tech news catch you up on all of the new developments in the tech world. If you’ve missed anything, you can catch it here.

The web is constantly changing, and what changes on the web is bound to affect other parts of the world. Here’s what you need to know about the developments from this week.

Online course provider, Udacity, introduced the “Nanodegree.” The new program is in partnership with AT&T and focuses on preparing job-seekers for high-demand jobs in the mobile and web computing sector.

In an attempt to compete with Snapchat, Facebook launched Slingshot; where users message one another with video or pictures. What’s interesting about Slingshot is that each person has to send a video or picture before they can view an incoming message. There are no “spectators.”

Mobile devices and mobile computing play a major role in today’s society. Here are your mobile stories from this week:

Amazon recently unveiled their own Smartphone and it’s causing quite a stir in the tech community. One of the Smartphone’s biggest features is its six cameras, which work to give a three-dimensional look on a standard LCD screen. The phone will also be able to recognize faces and facial attributes, as well as a person’s gender, age, and ethnicity.

Mantis Vison’s three-dimensional technology is being used by Google, and the company has raised a $12.5 million from investors including Qualcomm and Samsung.

An alternative to default mobile app stores, like iTunes or Google Play, Xyo has a new consumer-facing app approach to searching for Android applications.

Fleksy, a virtual keyboard company, has built an app for texting on Samsung’s Gear 2 Smartwatch. Texting on such a small screen may seem impossible, but Fleksy’s app makes it easy to get your message written and sent.

Adobe recently performed a large overhaul of their Creative Cloud desktop apps and added some mobile applications including: Adobe Sketch, Adobe, Line, Photoshop Mix, and Lightroom. These apps are also available for iPhone.

What was your favorite marketing tech update this week?