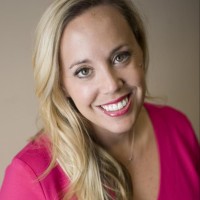 Back in May, TechPoint announced their Sales Bootcamp program; a 6-week summer experience designed to train new and seasoned professionals about the sales process, and give them a first-hand look inside the work environment of several Indianapolis area companies. One of the very first stops on their 6-week journey was PERQ; where they spent 2 full weeks learning how to prospect and schedule demos.

Over the course of 2 weeks, 18 participants validated & qualified 1509 contacts, discovered an additional 1,000 contacts, and scheduling a total of 57 demos with completely new prospects. Needless to say, it was an incredibly intense 2 weeks — filled with wins, losses and tons of learning and takeaways.

A lot of hard work was put in by all the participants in order to get these fantastic results. Here’s an overview of what went down during the 2 weeks the TechPoint bootcamp participants were at PERQ:

Week 1: Getting Our Feet Wet

Week 1 served as a great opportunity for all the participants to learn more about the company, and get their feet wet. During the first few days, everyone was given a crash course on PERQ’s mission, our core values; and naturally, on PERQ’s platform.

Since everyone would eventually be prospecting and attempting to schedule demos, it was imperative for all the Bootcampers to understand how PERQ’s platform worked, and why the product is so beneficial for dealerships who wanted to increase consumer engagement, boost their number of leads and eventually sell more cars.

During their first week, all the participants were tasked with “cleansing contacts,” or rather, calling up prospects from our database in order to validate/collect important contact information — job titles, emails, phone numbers, etc.

There were several reasons for this. First and foremost, we wanted to get the Bootcampers comfortable with talking on the phone. Although they weren’t seeing these prospects in-person, talking on the phone with a complete stranger can still make you feel pretty vulnerable.

In our case, we trained our Bootcampers to tackle the scenario that most sales people encounter — the more-or-less apathetic or only mildly interested prospect. The folks who say “I don’t have budget,” “I’m not interested,” or “Shoot me an e-mail with more information.” Instead of telling them to focus on selling a product or service, they were completely focused on representing our brand.

Secondly, we wanted them to gain a general understanding of the automotive industry — general market information, knowledge of “gatekeepers” (or decision-makers), as well as the industry’s varied nuances.

Each participant (on average) cleansed around 127 contacts (approximately 6 1/2 per hour) within 20 hours. The week was intense, but everyone showed a tremendous amount of progress. Of course, that first week was only a taste of what was to come that very Monday….

The list was cleansed, the weekend passed, and it was Monday once again — filled with new, and more daring challenges. During Week 2, it was time to put many of our Bootcamper’s newly acquired phone skills to the test. Instead of inquiring about contact and dealership information, they were going to be cold calling prospects and attempting to schedule demos for our sales team.

Before they began prospecting, we conducted some role-playing exercises with each and every Bootcamper; which consisted of mock prospecting calls. Once we determined that a Bootcamper was “ready” to begin making calls, they were given an “unclean” list (a.k.a prospects who have had absolutely NO interaction with PERQ whatsoever), and they were told to begin prospecting.

“Although many would have seen their nervousness as a weakness, we discovered that for some, it was a strength.”

Some of our Bootcampers took a little more time to get passed the role-playing stage (they still sounded nervous and a tad scripted); but lo-and-behold, many of those “nervous folks” ended up getting results within their first few phone calls.

A total of 10 demos was scheduled on the very first day of prospecting. At the end of Week 2, a total of 57 demos were scheduled, and 5 demos were completed before the Bootcampers even left PERQ.  And if that wasn’t exciting enough, one of our Bootcampers officially closed a deal with one of the prospects they scheduled/completed a demo with.

I saw a tremendous amount of talent within those 2 intense weeks of boot camp. As I watched everyone’s progress, I quickly realized that each individual’s unique professional background proved to be quite beneficial at different points of the sales process. Some folks were comfortable from the get-go, and some folks needed a little extra time to get acclimated to the entire process.

What impressed me the most, however, were the number of Bootcampers who were so proactive about honing their craft, and becoming more efficient sales professionals. These folks asked tons of great questions, stood after hours to complete their work, and engaged in discussion with fellow Bootcampers (and sales staff) at our cocktail hour. Many of these folks had never done sales before, and they absolutely killed it.

What this whole experience proved to me is that the Indianapolis tech scene has a tremendous amount of talent…. it just needs to be tapped.

Think you have what it takes to be a top salesperson at PERQ? Here are some of our current job openings!