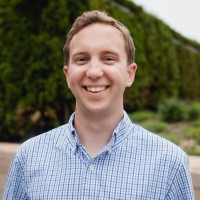 The 2014 NADA Conference closed with a keynote from Hillary Rodham Clinton. Dealers on both sides of the political spectrum were thrilled for the once-in-a-lifetime chance to see a political leader like Clinton speak. Here are our key takeaways:

Hillary Believes in the Auto Industry

As we’ve seen throughout this conference, the American economy goes with the auto industry, and no one recognized that more than Clinton.

“Building and selling cars in large part created the middle class,” she said. Her belief in the industry, however, wasn’t relegated to economic impact. She discussed how a strong auto industry can benefit communities nationwide.

“As small business owners, you are responsible for providing great jobs for your community.”

She also gave the industry a lot of credit for helping the youth of America get back into the economy. “Many of our young people have not been able to get a foothold in this economy since the great recession.” Dealers, she said, have been responsible for giving great jobs to hard working youth.

“When I hear people talking about America being in decline, that just gets me,” Hillary said.

Clinton is a big believer in America and our ability to lead. Despite the problems that she’s seen, she believes she has seen much more promise in this nation than turmoil.

“We are still the indispensible nation, we just have to do what every generation has had to do. Step up.”

Hillary is Encouraged by Women’s Roles

As a champion for equality, Hillary is proud of the auto industry for reaching out to women. The auto industry is a stereotypically male industry, but they have started to see more and more women in commanding roles.

“More and more, companies want the smartest, most innovative people, regardless of gender,” Clinton said.

For complete coverage on NADA 2014, sign up for our recap.