Enter Our March Mania Bracket Challenge For a Chance to Win $10K! 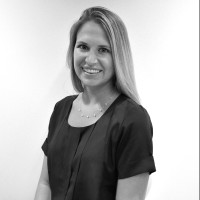 Thinking about having an event in March? Then the choice is simple: spend with PERQ and enter a bracket into our March Mania Bracket Challenge for the chance to win $10,000!  For every $10K you spend with PERQ during this promotional period, you (the dealer) get an entry into our March Mania bracket pool. So, spend $10K get one entry, $20K get two entries, $30K get three entries and so on! The more you spend, the more bracket entries you get. The bracket with the highest winning percentage at the end of the tournament gets the $10K.

“In the past two years we’ve been doing this promotion, we’ve found that the average chance for your dealership to win the $10,000 is 1 in 25! Those are some FANTASTIC odds.”

Even better: In the past two years we’ve been doing this promotion, we’ve found that the average chance for your dealership to win the $10,000 is 1 in 25! Those are some FANTASTIC odds. Think of all the things you could buy with an extra $10K in your pocket: Adult beverages, pop corn, buffalo wings…. Mmm. Buffalo wings.

Additionally, if you run the March Mania Event, your customers get a chance to come into your dealership for a chane to win a bonus $5,000. All they need to do is guess the combined final score of the tournament’s championship game. See what an awesome promotion March Mania is? Both you and your consumers get the chance to win big, and you’ll drive tons of traffic into your store!

So, what are you waiting for? Bracket entries will be sent to dealers on March 14th, and dealers will have until the end of that day to turn in their brackets before the tournament starts on March 15th.

Join in on the March Mania today so that you can capitalize on advertising around a major sporting event and getting your consumers excited to do business with you. If you plan on running events this March, why not run with PERQ for a chance to win big?