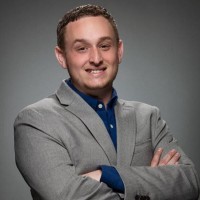 The emergence of digital technology has forced dealers to rethink their car dealer advertising strategies. Decades ago, an advertisement during a local TV newscast could reach thousands of potential customers. But today, many United States households don’t even have traditional television.

In 2014, U.S. television viewing reached an all-time low, when 2.6 million homes watched programs only through broadband services like Netflix and Hulu.

Even though Nielsen is predicting an uptick in television viewing through the end of 2016 and into 2017, “delayed viewing” – recording shows and watching them when it’s convenient – is now the way most people consume TV. If you’re a car dealer hoping to move cars off the lot quickly, TV advertising may not be the best use of your ad dollars.

Reaching today’s consumers requires a multi-pronged strategy and insights into how consumers shop in an increasingly digital marketplace. You need to rethink your car dealer advertising strategies.

TV, radio and print advertising aren’t necessarily irrelevant, but none of those mediums should be a car dealership’s only marketing focus.

Take a look at what each advertising medium offers.

A 30-second radio ad takes very little time to produce and record. When you contact a radio station to request an advertising package, you may find that a spot can be produced in-house the same day.

Radio ads are ideal when you need to move cars off the lot quickly, and because every radio station tracks its demographics, you can place ads on only those stations most likely to appeal to your audience.

According to Editor & Publisher, in 2015, subscribers to The Los Angeles Times bought $3 billion worth of vehicles. While that fact doesn’t mean newspaper advertising was the reason for those purchases, it at least illustrates that car-buyers read newspapers, so placing ads there makes sense.

Many newspaper subscribers read the paper online only, so if you place a newspaper ad, look for a package that includes a mix of digital and print ads.

Dealerships can use online videos to show cars in motion, to provide a dynamic, 360-degree view of a car’s interior or even to provide consumers with a virtual test-drive.

Television advertising is still effective, but it may be more useful for creating a long-term impression with consumers, rather than stimulating direct sales (especially since most people watch TV on delay now).